Difficult times don’t change who God is, but sometimes He allows things to happen to change us.

Despite how you may feel right now, He hasn’t changed how He feels about you or what He said about you.

He is still with you.

He is still good.

He still loves you.

He still cares for you.

And He will still do what He said.

Jesus Christ the same yesterday, and today and forever (Hebrews 13:8).

A Woman Praying for Other Women

There are so many women who compromise their beliefs and God’s word to get their needs met or to receive love, but all they receive in the end is false love appearing real that only produces rejection, hurt and disappointment.

I pray for women who have been used by the enemy to tear down powerful and mighty men of God, to break up marriages and to destroy families. May God turn them from Delilah to Mary – holy, set apart for God’s use, carrying the word of God and filled with the Holy Spirit.

I pray that women everywhere will change their position – from being on their backs to being on their faces – worshipping and washing the feet of Jesus with their tears. 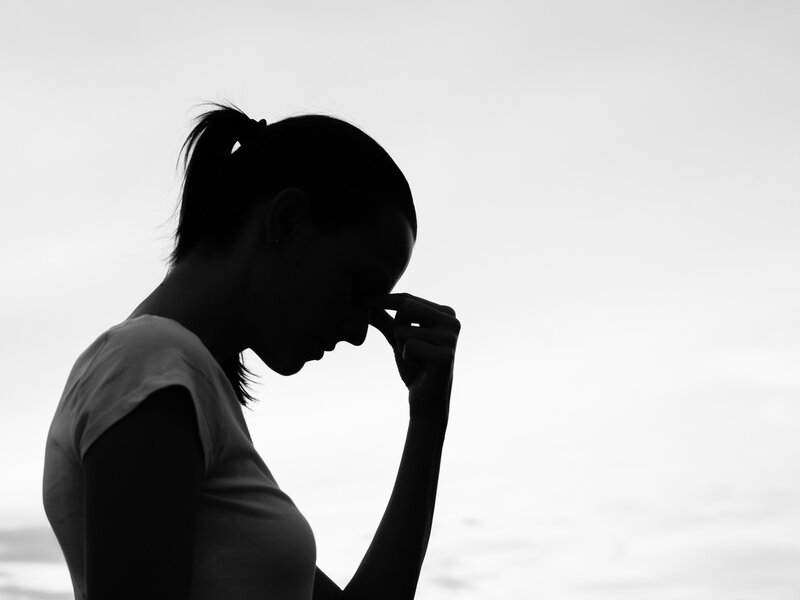 I was raised by my grandmother and I spent a lot of time with her – at home. I’ve always been a homebody and unfortunately, I’ve been that way for so many years. Before my dad died, I always thought about all the things I would like to do, but couldn’t do because of his illness.

Well, dad passed away this past August and you know what I realized? Some habits are hard to break. I am that person who will make plans, get excited about them and then cancel them the day before.

Well, this is my birthday month and a couple months ago I made a list of things that I wanted to do every weekend. This weekend, I went to hear a very well known author and poet. Next weekend, I will be going to a concert with my daughter. I haven’t made any plans for the following weekend yet (but I see a body massage and facial in my future) and the last weekend of the month, I will be attending a women’s conference.

It is a fight to push myself to do something different. I didn’t know what it was called years ago, but I have dealt with anxiety for a long time. I’m glad to say that the attacks aren’t as bad as when I was a child. I also don’t like going somewhere alone. It would be so nice to have someone to do things with from time to time, but you know what? I have already missed so much in life waiting for the right time, waiting for the husband, etc.

I know some of you can’t relate, but I am so comfortable at home. I love being at home. Everything is at home – my laptop, TV, cell phone, bible, my notebook.

Well, not everything. While being in my comfort zone means having a regular and familiar routine and less anxiety, it also means no growth or change and a false sense of security. It means missing out on some great opportunities and meeting some great people.

For years, I have been afraid of change, but what I should be afraid of is staying the same.

Stop Trying to Fix It

Underneath my car is this thing called an undercar cover or shield and let’s just say that thing has been through a lot.

One night, I got too close to the parking lot bumper and the cover split in half, but someone from my church came over with their tools and fixed it for me.

Then another night, an animal ran in front of my car as I was going home. Again, it tore the engine cover. I did everything I could to hold on to that cover. I even used duct tape.

Well, some time had passed, but I eventually ordered a new engine cover. The parts and labor was a little over $200.

My car was finally fixed and it looked good.

Then, one day as I was driving to the movie theater with my son, I saw something in the road. It looked like Spanish moss. But, instead of swerving to the right or left, what did I do? I drove over it and apparently it got caught in the cover and pulled it as I was driving. The next thing I heard was the sound of something dragging on the highway.

My new cover was damaged again and that was money that I couldn’t get back.

So, I let the cover drag as long as I could because I wasn’t getting this fixed again. When it was time for my next oil change, a young man (from a different auto shop) looked at the cover for me.

Minutes later, he comes in the waiting area holding the cover over his shoulder. I’m waiting for him to tell me the price of the parts and labor, but he says nothing. So I said, What is it going to cost?

He said, Nothing. You don’t need it. You can drive without it.

And you know what? He was right. I was trying to fix something that really didn’t need to be fixed. I didn’t need the engine cover to drive the car and it didn’t stop me from reaching the places I needed to go.

Why am I telling this story?

Because sometimes we try to fix situations that God can only fix and we try to change people that only God can change. We try to get to certain places in our life, holding on to things or people that was more of a burden than a blessing. And the enemy will use ‘what we think we need’ to get us off course, to keep us going in circles, to pull us away from the voice of God and to lead us in the wrong direction. Such distractions have cost many of us too much time and too much money.

I learned three things from this car as it relates to my life:
1) I can’t fix it.
2) Not everything needs fixing.
3) There are some things that only God can fix.

There were people in the bible who were in some type of bondage for 400 years (children of Israel), 38 years (impotent man at the pool) and 12 years (woman with the issue of blood, but God freed them all. He transformed their lives. He changed their story.

One of the reasons why some of us haven’t seen the same transformation in our lives is because of unbelief.  When the woman with the issue of blood heard about Jesus (Mark 5:27), she believed what she heard and she acted on what she believed.  For she said within herself, If I may but touch his garment, I shall be whole.

Another reason is because we don’t want to give up anything or let go of what we have to get what Christ has. It was November 2008. I had been having problems with my car and I was searching for a new car, but I couldn’t find what I wanted at a reasonable price so I became discouraged and stopped looking. Then one day, my pastor said something that made me ‘look again’. A few days later, I saw the car I liked, but it wasn’t the color I wanted. I didn’t want another black car, but I saw in red letters the word, ‘reduced’.

That Friday after work, I called the dealership and the gentleman told me that the car was still on the lot and he would be waiting for my arrival. When I got there, he got a copy of my license, but he didn’t offer to ride with me. He just told me to test drive the car. When I returned, he got all of my personal information and helped me empty the contents that were in my car. He then told me to take the car home and return the following day. But before I left, I remember that he and another gentleman asked me where I had been as this car had been on the lot for weeks and no one would purchase it. When I think about it now, this car wasn’t meant for anyone else. It was for me. God wanted me to have this car, but He was waiting on me to let go and trade my old car for this new car.  He was waiting on me to accept the change.

Before a miracle was performed at the wedding, Jesus asked the servants to give Him what they already had. There were six (the number six is symbolic of man) waterpots there filled with 20 to 30 gallons of water, but they weren’t filled to the brim. They were used for the washing of hands, but now Jesus wanted to use them for another purpose. He wanted to do something inwardly that would be displayed outwardly for everyone to see.

If we want Jesus to change us from water to wine, we must first become like the waterpots and allow God to completely fill us (with His Spirit) so that He can use us as His vessels to pour into the lives of others and to meet their needs.

Now, let us become a miracle for those who need a miracle.

Jesus said to them, Fill the waterpots with water. And they filled them up to the brim. And he said to them, Draw some out and take it to the governor of the feast (John 2:7-8).

Why Did God Choose Me?

To those who have questioned why God chose them or why He wants to use them, this is your answer.

I didn’t wait until after you were born.

Before I even formed you in your mother’s womb, I knew all about you. I knew what you would do. I knew the choices (good and bad) you would make.

Before you took your first breath, I had already chosen you to be My (prophet, evangelist, son/daughter, spokesman, etc) to speak My word to the nations.

I did not make a mistake.

I chose you because I loved you and I have not changed My mind about you.

Yes, I know your past, but I also know your future.

You can and you will go wherever I send you.

You can and you will say whatever I tell you to say.

You have no reason to fear for I am with you and I will defend you.

My words are in you because I have placed them there.

You will know what to say for you will be My voice.

This day I have appointed you to speak with My authority over nations and kingdoms.

Let My word change your life so you can change the lives of others.

Some of us are looking in all the wrong places…

Real joy doesn’t come from within or without, but it comes from above.

It belongs to God and it is a gift from God to us.

It comes from the Holy Spirit.

It is the fruit of the Spirit.

It comes from knowing God.

When you know God, you know His joy.

It is more than just a feeling or an emotion. It doesn’t change.

When your circumstances change, His joy will remain.

Real joy is not found in your possessions, but it is found in His presence.

My Tweets
themeonnblog
Blog at WordPress.com.