God Will Allow What You Allow

allow: to give permission; to give consent; to let happen; to let enter; to permit by neglect

God has given His children power over all the power of the enemy. God has given us dominion over all the earth. It is our job to help the helpless and those in need. We are to defend those who can’t defend themselves. We are to give justice to the poor and to the orphan. It is our responsibility to pray always and continually for all people because the prayer of a righteous person is powerful and effective.

I urge, then, first of all, that petitions, prayers, intercession and thanksgiving be made for all people – for kings and all those in authority, that we may live peaceful and quiet lives in all godliness and holiness (1 Timothy 2:2).

God has appointed watchmen who will not keep silent day or night and who will give Him no rest. We are to be watchful and alert because there is an adversary who is looking for someone to attack and devour.

So, stop blaming God for what you allowed.

God will only allow what you allow.

I promise you that God in heaven will allow whatever you allow on earth, but he will not allow anything you don’t allow (Matthew 18:18, CEV).

When I speak, I don’t want to speak from a place of hurt.

I want to speak from a place of healing so that others may be healed.

This entry was posted in Uncategorized and tagged healed, healing, hurt, place, speak.

Knocked Down, but Not Out 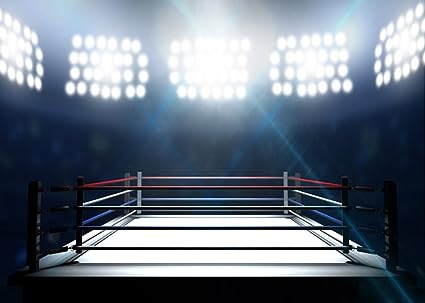 We have troubles all around us, but we are not defeated. We often don’t know what to do, but we don’t give up (2 Corinthians 4:8, ERV).

This entry was posted in Uncategorized and tagged corinthians, defeated, down, knocked, out, troubles.

What Do You Want Me to Do?

If you’re not asking the Lord what HE wants you to do, it’s because you still want to do what YOU want to do.

This entry was posted in Uncategorized and tagged acts, asking, do, he, lord, paul, to, want, what, you.

The woman with the issue of blood was in her condition for twelve years.  According to law and according to man, she shouldn’t have been in the crowd to see Jesus, but she heard about the miracles he performed and she wanted a miracle.  Some of us have been in situations longer than twelve years and we’ve heard about Jesus, too. We hear about him at church, on television or reading the bible. But the difference between her and some Christians is she believed what she heard and acted upon it.

Some of us are waiting for opportunities to fall into our laps, but you have to get up and go get it. You must pursue it and stop making excuses for why you will never have or never be.

Move forward. Press toward what you are believing God for until what is intangible becomes tangible and what seems impossible becomes possible.

Some of us are still waiting for the right time. The moment you don’t feel like doing something is the best time to do it. If you wait for everything to be right before you do something, then you will never do anything.

Learn from the example of this woman. She took a risk. According to religious laws, she was unclean, which meant she would contaminate anyone she touched. When Jesus asked who touched him, she was ‘fearing and trembling’ (Mark 5:33) because she didn’t know what Jesus was going to say or what the crowd would do to her. She didn’t know how things were going to end, but she just took a chance and that day she became whole.

So, keep pushing and keep pressing. Don’t give up. And even if you’re afraid of what may or may not happen, take a chance anyway.

I am removing the excuses.

You will no longer have an excuse for why you can’t do what I tell you do. ~ God

This entry was posted in Uncategorized and tagged do, excuses, longer, more, no, removing.

And he never prayed for provision. He didn’t pray for wine at the wedding. He didn’t pray for money to pay the temple tax. When Jesus fed 5000 people (not including women and children), the disciples told him that they didn’t have enough food to feed all those people. But even though it wasn’t much, Jesus told them to give him what they had – five loaves of bread and two fish. There was no need for Jesus to pray for food. They already had food. He just thanked God for what he had and God multiplied it.

If we are worrying about things, it is either because we don’t know/understand what we have or we don’t know how to receive what He has already given.

As a small child, I never worried about what I was going to eat or what I was going to wear. I just knew that my father would take care of me. My prayer is that we will all trust our Heavenly Father the same way I trusted my earthly father. May we understand that even though we can’t see Him, He is not far from us. He is very near, but we must get closer to Him through prayer and reading His word.

This is a relationship.

Just as your Heavenly Father is responsible for you, you have a responsibility to Him as His sons and daughters. Your duty is to listen and to obey Him.

Examine your prayer life today. What do you pray about the most? If you really believe that God cares for you, then what you’ve been praying for or praying about should change.  If God is your Provider, you’re not lacking in resources. Maybe you’re just lacking in wisdom or understanding about what He has already provided.