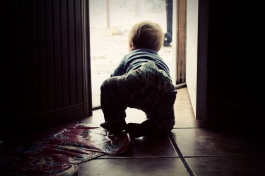 Proverbs 24:16 – A righteous man may fall seven times, but he gets up again.

When Peter began to sink in the water because he saw the wind, Jesus told him his faith was little.

When Jesus told Peter what things He would have to suffer, Peter rebuked Him and told him that would never happen to Him.

Peter told Jesus he left everything to follow Him and wanted to know what he will get out of it.

Peter told Jesus, “I am ready to go with you, both into prison, and to death” and “Even if I have to die with you, I won’t deny you. I won’t say that I don’t know you”, but when the opportunity came to stand with Jesus, he denied Him and followed Him from afar. He went from being in the upper room with Jesus to being beneath in the palace trying to blend in when he was called to stand out.

Despite Peter’s shortcomings, he was still the person Jesus allowed to follow him closely. When Jesus went up on a high mountain, Peter was one of the men He took with him. When Jesus went to Jairus’ house to heal his daughter, Peter was one of the men allowed to go in with Him. Jesus prayed for Peter because there was a fight for his soul. Satan desired to have him and separate him from Christ, but Jesus told Peter that his faith would not fail. Jesus knew who He had chosen. He knew that there would be mess-ups, but he also knew that Peter would become what He called him.

One day, Peter was baptized with the Holy Ghost and when he preached, 3,000 souls were saved. He was now walking in holy boldness. The sick were brought on the streets so that the shadow of Peter may fall on them as he walked by. Jesus healed Peter’s mother-in-law, but now Peter was healing the sick, cleansing the lepers, raising the dead and casting out devils.

When Judas saw that Jesus had been sentenced to death, he repented, tried to return the thirty pieces of silver that he sold Jesus for, but he eventually hung himself. When Peter denied Jesus, Luke 22:61 tells us that after Jesus turned and looked upon him, Peter went outside and wept bitterly.

Judas betrayed Jesus and Peter denied Jesus. Both of these men ‘messed up’. The difference between Judas and Peter was that Peter never gave up. Judas repented, but he couldn’t forgive himself. The same devil that influenced Judas to betray Jesus was the same devil that condemned and beat him over the head for what he did. I know personally the guilt Judas must have felt and guilt led to depression and depression led to suicide. I’m sure the devil did the same thing to Peter also. In fact, there was one time where Peter told Jesus to depart from him because he was a sinful man (Luke 5:8). They both made a choice. Judas chose to give up, but Peter chose to get up.

Peter didn’t become the man of God that we read about in the book of Acts overnight. He had to learn, he had to practice, he had to grow, and he had to give up all for Someone who was going to give up all for him. What I love most about Peter is that when he fell, he got right back up again. Peter could have given up and walk away from ministry, but he continued to walk and fellowship with the disciples.

No matter how many times you’ve failed at something, you are not a failure. When God spoke you into existence, He didn’t call you the mistakes of your past, but He called you what you would become in the future. Before you were born and before you even had a past, God gave you hope and a future.

God hasn’t given up on you so don’t you give up on Him. When you fall, you may feel defeated, but your victory is in getting up.