Until I Went Into the Sanctuary 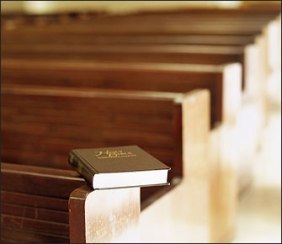 “I go to church, I pay my tithes, I try to live holy, I read the bible, I pray, but nothing good ever happens to me. I might as well go back into the world. I had it better when I was in the world”.

This is what Asaph sounded like. He begins Psalm 73 by acknowledging that God is good to Israel, but he was beginning to think that God was better to the wicked. He was even considering doing what the wicked do because it appeared they didn’t go through anything, they got whatever they wanted and their riches continued to increase. He began to wonder if living for God was a waste of time.

Asaph wrote, “Until I went into the sanctuary of God, then understood I their end”. The moment he got in the spirit, his spirit saw what his flesh couldn’t see. He realized that the wicked and what they have will not last. It is temporary, but the only thing that is temporary for the children of God is our troubles. He wanted what the wicked had not realizing that what he had was better.

Although he was very honest about how he felt, he really didn’t understand who God was and what God had done for him. He was complaining to God when he should have been praising God. When he came to his senses, he told God how foolish and ignorant he was. He stopped desiring what others had and made God his Desire.